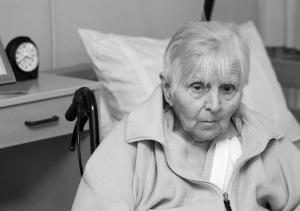 When completing the DST, there should be no “double scoring”, ie scoring the same issue in more than one domain.  However there is an interaction with the domains, so if someone is immobile and incontinent, their skin is at risk of pressure damage.

Domain 1 – Behaviour.  The first few domains are often the most difficult to score.  The Behaviour domain is often about “choice”.  Choice however should be considered broadly, as people who have certain conditions can make a “choice” that they would not otherwise make if they were well, so seems automatic rather than a choice.  Aggression is sometimes a side effect of dementia and can be displayed by people who would never have been aggressive when they were well.  This kind of side effect of dementia would be scored in the domain of Behaviour.  When they are displaying their aggression however, they cannot easily be calmed, so when it is happening, it is not a conscious choice, just a response to their environment.

Behaviour issues can also be around how well people adapt to the care environment.   The way that care homes are run, there are less people on duty at night, so ideally the residents should be awake in the day and asleep at night.  If they wake up and wander at night or are difficult at night, then this can cause more problems than the same behaviour in the day.

The scoring of the domain of Behaviour is based on risk and how difficult the person is to look after from the perspective of a professional carer.  A person compliant with care is easier to look after than someone who is violently aggressive on intervention. If the person is violently aggressive, then they are at risk of hurting themselves or someone else.  There would be particular concern if they were aggressive towards other residents, who are likely to be frail.  Although rare, it has been known to have resident on resident deaths within a care home.  If a resident who was unsteady on their feet was pushed, possibly even only gently and they fell hitting their head, it could be enough to prove fatal.  The same push would not necessarily be sufficient to push over a carer who does not have the same mobility or general fragility issues.

Issues between residents have risks, as if one resident falls accidentally and falls into another resident, this could lead to significant injuries to both residents.

Having said that other residents are at risk, the carers are more commonly hit when the resident is aggressive, as they are the people providing the hands on care multiple times a day and the carers are entitled to a safe working environment.

Whilst a care home will do their best to promote choice, there is always an element of institutionalisation.  Issues around behaviour relate to how well or unwell people adapt to the care.

I had a client who had a learning disabled child who was around 19stone.  He could walk, but would from time to time he would get annoyed about something and just drop to the floor and not move.  His father thought that this related to his mobility, but it was a behaviour issue, as functionally, if he chose to walk he could do so unaided.  When he chose not to walk, at 19stone, there was no moving him, until he could be placated and made the choice to move of his own accord.

In order to score it, the outcome and frequency of the behaviour should be considered, is it daily, weekly or monthly and how serious is it.  Are the carers coping or is it challenging, if the issue is aggression, how often does someone get hurt and how badly?  What is the risk and what is the worst that can happen with this behaviour?  If the worst is death or serious injury, then this would score higher than if the worst is a small scratch.

This is one of the harder domains to score, so sometimes the MDT start somewhere else and come back to it, as it is subjective in some respects.