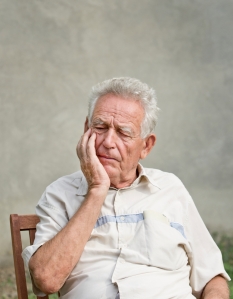 Continence is a relatively easy domain to score – if there is such a thing!!  The domain of continence is about the physical abilities or not to eliminate waste successfully or otherwise from the body.

Families have an issue with continence, as it is embarrassing, so to protect them from embarrassment and to protect the dignity of the person in care, carers often don’t discuss with the family issues around continence.  Family members may be able to smell what is going on if they aren’t told though!  Family members can consider double incontinence to be of high need, but the CCGs look at as being no more skilled than a new mother has to deal with, other than the person is larger and heavier.  The CCGs consider that whilst it is undignified and messy, it is not life threatening or dangerous.  Within a care home also they have all the equipment to deal with it, whereas within a domestic home it can be harder to cope with if the home isn’t set up for it.

Someone can be continent, but if they have mobility issues, so that they cannot get to the loo on time, then it will be treated as if they are not continent, although it will be noted that they retain the urge to eliminate.  The effect is the same, as if they were not continent, because there is a tidying up exercise to be done.  They should however still be encouraged to go to the loo on their own and supported in their attempt to do so, in order to help maintain that skill.

Double incontinence is moderate and does not score more.  Lots of family members think that is should be more, but it doesn’t score that way.

Faecal smearing, which can happen very easily by accident and would generally be considered in the cognition and/or behaviour domains.  Faecal smearing can happen when someone goes to the loo, tries to tidy themselves up, but gets it on their hands, then when they leave the loo and hold onto things to steady themselves, thus spreading faecal matter around.  This lack of understanding of the contamination of their hands would be considered both cognitive and behavioural, even though it is not a “choice”.  It can also happen in relation to cognitive impairment if someone is constipated and therefore uncomfortable, so they manually evacuate in an attempt to make themselves more comfortable, but again without the understanding of the contamination of their hands.

Beyond the tidying up exercise is  something that requires skill and often timely skill, which means that it is something that could happen at 2am and cannot wait until a more sociable hour.  It is for example problems with a catheter bypassing or blocking, manual evacuation by nursing staff, lots of rectal intervention with enemas.  There is also the when someone is constantly oscillating between constipation and diarrhoea, so that the carers have to be careful what mediation to give and just don’t seem to be able to manage it well, as the individual keeps changing their needs.