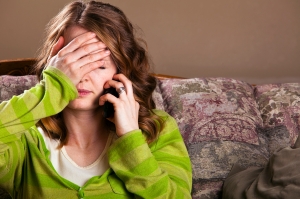 Dementia is a difficult condition for everyone to deal with, the person with the dementia and their friends and family around them as well.  But there is something particularly difficult about early onset dementia!  Early onset is considered to be anyone under the age of 65, it is sometimes also referred to as “working age dementia”.

Age is the biggest risk fact for dementia, the statistics are that around 1 in 14 people over the age of 65 have a dementia and 1 in 6 over the age of 80.  There are estimated to be around 42,000 currently in the UK with early onset dementia.  The kinds of dementias that people develop when they are younger is different, as 1/3 of young people with dementia have atypical Alzheimer’s, however this proportion is only 5% in people over 65.  People with Down syndrome and other learning impairments are more likely to develop dementia at a younger age.*

Generally, the causes of early onset dementia are considered to be the same as those of later stages of dementia, however it appears that with early onset dementia, there is a higher incidence of a genetic link.  This clearly has implications for any biological relatives of the person with dementia and genetic testing is available.  Care should be taken when considering the issue of genetic testing, as the results can be difficult to receive for those biological relatives of the person with dementia that this might affect.  They will then live with the Damocles sword of the possible development of dementia in the future!  There are also issues around finance when something like this becomes known, as it could impact on the cost and availability of products such as life assurance or travel insurance.

There are other issues that relate to family structures, as people of working age often do not have their financial retirement situation, as their financial plans are interrupted by their condition and usually have to leave work after the symptoms of the condition mean that it is no longer possible to work.  This creates financial hardship for the family.

The pressures of caring for someone with a dementia are significant and can be particularly challenging with an early onset dementia, as the caring role begins at a time when the expectations of their life were very different.  There could be school age children in the house, so normal activities like taking the children to school, assisting with homework and going on holiday are all very different.  The pressures that are caused can therefore lead to a breakdown of the marriage.  There can be embarrassment and shame associated with these issues for both the spouse and the children of the person with dementia, all of which leads to further breakdown in ongoing relationships, even after the divorce.

The care that is available for people with early onset dementia is often not suitable, as it is geared towards an older age group and they are therefore both not surrounded by their peers, but also the interventions are not as suitable.  This can be improved with a direct payment to ensure that the person with dementia can commission their own care and attend activities that are more relevant and appropriate for them.